Eternal Throne's sixth chapter, The Dragon's Maw, has already attracted a fair bit of attention for being one of the most unique Chapters released thus far. Rather than fighting your way into Vaylin's palace, your job is to simply infiltrate her party in disguise, and thus the Chapter runs very calmly for the entire first half.

Part of what makes the Chapter so interesting is that, because things are calmly-paced, there are several background moments which you can either simply observe or have a direct hand in. Most notably, these are the discussion between the Knights of Zakuul about Watcher Izax and Beast Master Oleg berating a poor assistant for being unable to cure a 'sick kid', better known as an Exoboar by the name of Bergola.

What you may not have realised during your own playthroughs of this Chapter is that there actually is a way to cure Bergola of her sickness. 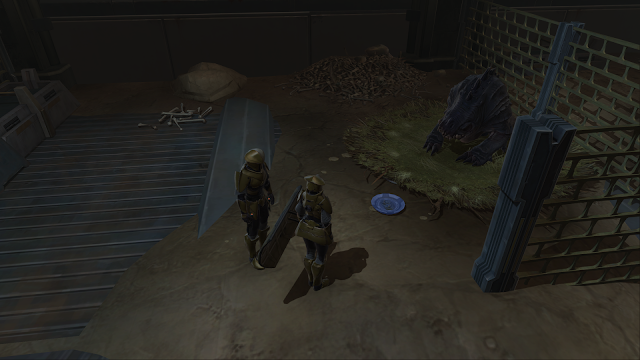 Upon the completion of the above argument between Bev and Oleg, the former will place a food bowl down by Bergola, which can then be picked up, giving you the item Medicinal Cocktail.

Based on the above description and Bev's hypothesis that putting the medicine in her food will solve everything, the goal is to find something to put the medicine in which Bergola will like. There's nothing in the actual Beast Pens to aid our goal, so where else is there to look?

While fetching the Guards' dinner in the kitchen, you may overhear another argument, this time between Head Chef Areta Foss and another hapless underling, in this case a kitchen droid.

What happened to these nineteen batches, you may ask? As it happens, the droid was clearly prescient, as no matter when you first hear the discussion he's already deposited them in the nearby bin. 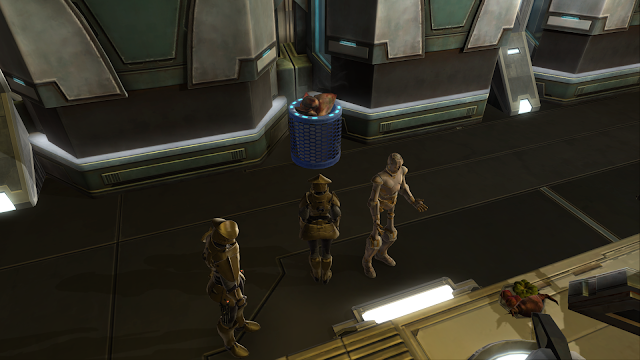 You know what happens now. 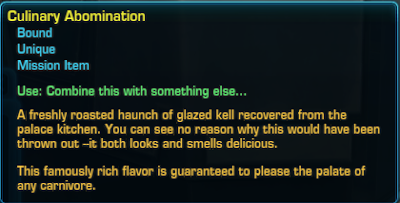 Right-clicking on this will combine it with the Medicinal Cocktail to create...

...the Medicated Culinary Abomination! I can't possibly think how they came up with this name. Also note the "armoa" spelling error. 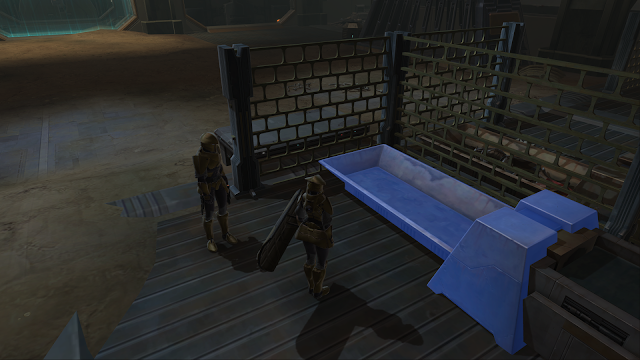 Returning to Bergola, you'll see that her feeding trough has lit up, and can thus be interacted with. 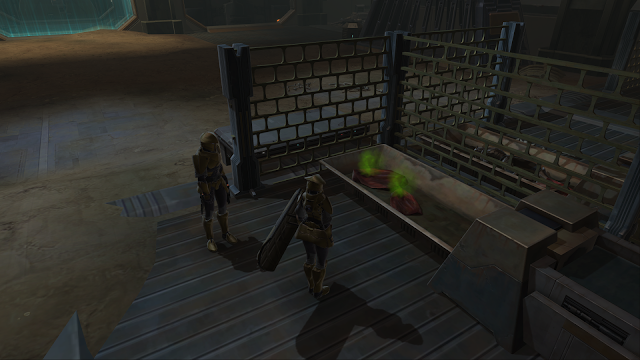 It looked so delicious before, but that green vapour just makes it look absolutely disgusting now. 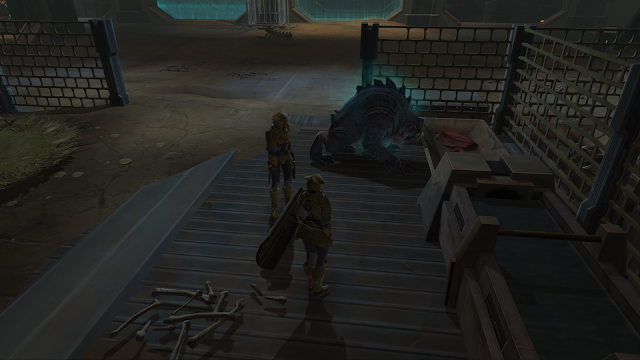 The Exoboar tucks in happily to the food before her, and she slowly begins to recover. Furthermore, red text will inform you that Bergola seems grateful and will remember your kindness.

Remember your kindness, she does indeed. Upon your jumping down into the Beast Pit, Bergola will somehow manage to inform her three fellows - Brick, Lil' Jwizzix, and Rompy - about her cure at your hands, and instead of fighting you as they would have done otherwise, all four will proceed to join you in-combat against all of your enemies. 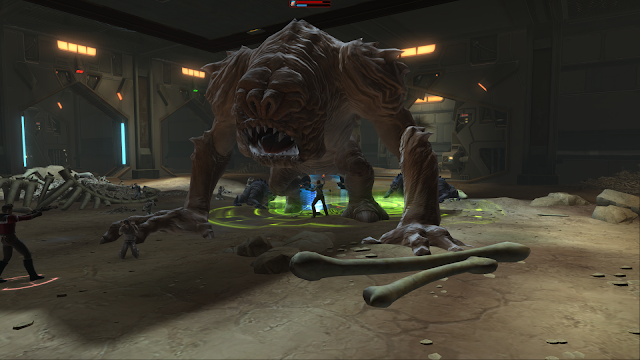 ...including a giant frickin' Rancor.

Should the Exoboar pack survive (this is of course much harder to ensure in Veteran Mode), you can take time to inspect each of the buffs they give you along the way, one of which clearly includes a reference to the novel The Incredible Journey. 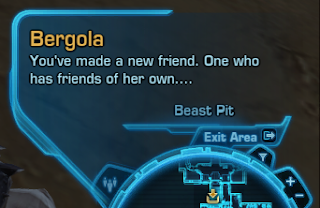 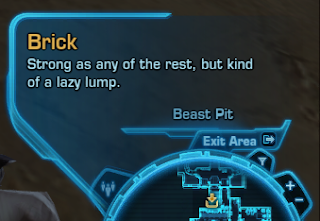 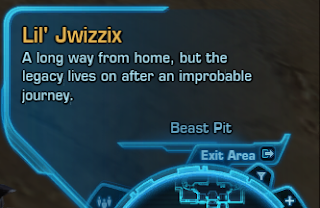 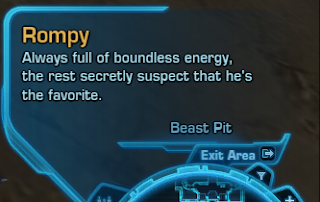 ~~~
This is perhaps one of my most favourite little tidbits from all of the Chapters thus far. It is really easy to miss since it isn't an actual Bonus Mission (and completing the actual Bonus Mission is undoubtedly 'better' since that opens up a shortcut), but it's most certainly a fun little thing to do if you get the chance.
Posted by Calphy at 13:00