Continuing this apparent series of mine whereby I focus on changes to the game which for whatever reason I neglected to cover at a relevant time, today it's the turn of Companions to receive the spotlight.

Companions, of course, received a fairly significant overhaul in 4.0. Whereas previously you needed to gear a Companion up and they each had their own set roles, they now no longer need gear and their roles are no longer set, meaning that each Companion can either deal damage, heal, or tank opponents.

This wasn't the only change, of course. Affection was renamed to Influence and became the only way to improve a Companion's stats. Additionally, the amount of Influence one could gain from conversations drastically increased to match the similar increase of maximum Influence from 10,000 to 250,000.

Now that the basics that everyone knows about by now have been covered, it's time to deliver my long-overdue opinions on the matter!

Knights of the Eternal Throne

So I'm back from holiday, meaning that it is time for the proper posts to make a return.

As I have yet to touch on it since it was revealed last week (ignoring the premature reveal of the acronym in the Celebration schedule) is the new expansion and follow-up to KotFE, being released at some point in Autumn 2016; Knights of the Eternal Throne.

If you'd have told me at the start of the year that I'd be celebrating my 100th blog post under a different name and even on a different site than I started off using, I would have been incredibly sceptical. Yet, here we are; Spawn of the Dread Master died a death, Galactic Antics has risen from the ashes, and now Blogspot has replaced WordPress as the host.

Regardless of how things have developed, it feels strange to say that I'm only just now celebrating my 100th post - in a post which is actually my 101st - considering that in a couple of weeks' time I'll also be celebrating the blog's 2-year-anniversary. It doesn't help that before 3.0 and for large swathes of time during 4.0 I went on a 'hiatus' of sorts and the blog suffered for it, but at least things are back-on-track now.

I honestly don't have anything to say to specifically celebrate this milestone because of the proximity to the anniversary, which I might just have something planned for. If I actually get around to doing more than I've done already, this is something which will last for a few weeks following its inception if all goes to plan.

Anyway. Just a short blog post today, celebrating that which honestly I began to think I'd never reach.

Here's to the next hundred!

So Star Wars: Celebration has been and gone. It was quite an exhausting experience, both mentally and physically. From watching people go by in various costumes and keeping tallies on the most popular and obscure choices to wandering around the various booths, there was a lot to do.

By far the most tiresome activity, however, was also the most obligatory: queueing.

Star Wars: Celebration is right around the corner, but is not the only thing keeping me occupied this week. By the time this post goes live, I should by now have completed my graduation ceremony and be a fully-fledged graduate from Leicester University.

Moving back to Star Wars.

I'm guessing that 2018's could very well be in central Europe, based on the fact that the 'pattern' so far seems to be America, then Europe, then back to America, and so on and so forth.

I've never gone to a big convention before. Perhaps a little unwisely, I did buy tickets for the entire weekend, although I have since decided to leave early on Sunday due to a friend's birthday meal taking precedence.

Regardless, the schedule looks fun, with guests such as Mark Hamill, Warwrick Davies, and Jeremy Bulloch, as well as talks and costume exhibits pertaining to Rogue One.

Additionally, there's also the Old Republic Community Cantina, which will also be the first ever Community Cantina I've gone to and the first time of being with an entire group of SWtOR players and, of course, some guildies and friends including Shintar of Going Commando. Lots of firsts all-round from my perspective!

I'm hoping to have thought up some questions to ask the powers-that-be in a brief interview-of-sorts if we get the opportunity to come up and speak to them on a one-to-one basis, so if that happens I'll post the results in a post sometime in the next two weeks. I'll certainly be doing a generic "feedback" post on the Celebration experience as a whole as well, so the questions and answers will probably be included in that if they're not enough to form their own post.

We also recently learned that the voice actress for Vaylin, Natasha Loring, will be attending. I'm not sure she understands what she's signed up for, and I sincerely hope that the more KotFE-sceptical attendees keep their various criticisms of her character to themselves...

I am looking forward to the entire ordeal. The true challenge will be seeing whether or not I can resist purchasing something to put on my desk. If the new Black Series Revan is being sold at this juncture, this is a definite must-have from my point-of-view!

Dark vs. Light: A Study in Fast Experience Gain

The Dark vs. Light has picked up a fair bit of speed on The Red Eclipse, despite the initially overwhelmingly negative response to the Event when it was first announced.

I myself have completed a good portion of the Event already, having completed the first three tiers, as much of Champion and Eternal tier as currently possible (Champion tier is impossible to complete without Chapter XVI of KotFE, and this in turn makes Eternal and Legendary tier impossible), and am steadily working on the remaining aspects of Legendary tier.

At time of writing, I still need to work on getting a Consular, Hunter, Inquisitor, Knight, Trooper, and Warrior up to 50, as well as killing the World and Operations Bosses, completing every Hard Mode Flashpoint, infecting 5 players with the Rakghoul virus, fulfilling 3 Bounty Contracts, and completing 5 GSF Matches.

I will, however, not be pushing forward with the majority of these for the time being. My current goal now is to help friends complete several of their Hard Mode Flashpoint goals, using my primary (and non-Event-eligible) character to this end. Fexiros, the new Gunslinger, is currently being reserved for guild group-found runs; I don't want to risk becoming apathetic due to completing things too early whilst people still need to do Flashpoints!

Outside of this, the rest of the Event has been fairly plain-sailing. Crew Skills are easy to power-level within a single day (Fex has exhausted both his and the Sage's credit supplies in getting all six crafting crew skills to 550), and Levelling is incredibly quick when all benefits are applied.

It is this fast levelling which I shall be focusing on today.

If only there was a way to combine all of these into one... 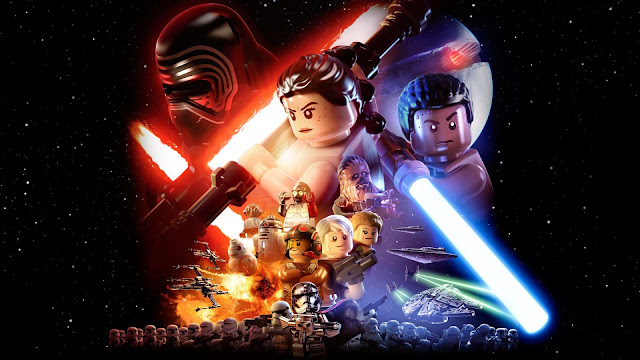 Email ThisBlogThis!Share to TwitterShare to FacebookShare to Pinterest
Labels: 2016 Posts, Not SWTOR

If there's one thing I really don't like about the singular storyline path of SWtOR, it's how returning Companions have been handled.

There has been the odd spattering of class-flavour when a class reunites with former Companions, particularly during the main story, but otherwise there has been a noticeable and bizarre disconnect for the vast majority. Even those Companions which had fantastic reunion scenes in the Main story have faded into the background now that their immediate part is "done".

One such character whose increasing absence has been thrown into sharp relief since The GEMINI Deception featured scenes where Main Characters from the first nine chapters of KotFE were present beside your character is the Astromech Droid T7-O1.